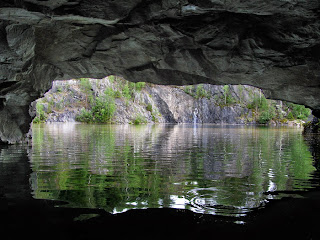 The Voynich manuscript appears to contain some sort of chanting in the tradition of the joik and the
charm rune. Certain characteristics point strongly to this conclusion:
Runes of origins and other "loihtoluvut" (charm runes) were once common in the Finno-Baltic region. The following is excerpted from "Impact of The Kalevala on Finnish Arts and Nationalism" by K. Y. Hamilton:

The word ‘rune’ means ‘a secret thing’ and was thought to have magical overtones. Through the many magic charms in the rune songs, we are able to peek at the social life surrounding the peasant community. The charms themselves were, depending on the circumstance, short, humble, and prayer-like or long, fanciful, commanding charms. The charms regarding the creation of a thing (the ocean, the trees, etc.) are imaginative and poetic narratives. By singing a charm about the origin of a thing, the people were able to conquer that thing through the power of the spoken word.

Carelia was famous for its professional lament singers, men and women
who knew long laments, songs and epical verses by heart.
In 1920 The Kalevala Society (Kalevala Seura) still found wise men and women
who also could perform magical rituals.
This video is a compilation of magical rituals
found in "Reenactment of a Carelian Wedding" shot on location in 1920.
Recording from The Estonian Literary Museum (http://www.kirmus.ee/)

...In addition to Bride Lamentations, there are magic charms for every nuance of Finnish life. There are exorcism charms, traveling charms, huntsman’s charms, charms for times of illness and times of prosperity, charms for animals and people and natural disasters.

Above is the left side of a page in the Voynich. The lines are divided by a heading in the left margin. When transcribed using the alphabet in this blog, the words appear to derive from old Fenno-Norse roots along the lines of a dialect from the peoples inhabiting the coastline of the Gulf of Bothnia for thousands of years, and those eastward into the Baltic and Karelia.


The Kalevala meter was once the poetic code throughout much of the Balto-Finnic area: among the Estonians, Finns, Izori, Karelians, Livonians, and Votyans. The Balto-Finnic peoples were and continue to be a culturally diverse lot. Thus, rune-singing praxis—its institutional contexts, performing styles, performers, and their goals and poetic skills—varied, often in fundamental ways, according to the region and people in question. "Body, Performance, and Agency in Kalevala Rune-Singing" by Anna-Leena Siikala

A rune singer tradition in the north of Karelia is known to exist for ages, legends and songs were passed on from one generation to another, keeping connection between them. It was rune singers who made the Kalevala region famous: The runes performed by them were carefully recorded for the descendants by Elias Lyennrot who compiled the epos “Kalevala”.

In Finnic tradition music is the way that magic is conducted. In the Kalevala Väinämöinen uses his Kantele and sings Joukahainen into the mud. I find it interesting that in Finnic culture the women are the singers in chant groups (listen to some Värttinä for songs of Karelia, Ingria, Votia, ja niin edespain). The Saami Joik is sung by all (male and female). Music is power and wisdom.

In pre-Christian Finnic culture women perhaps had some social status as Shamen (or Shawomen) and musical status of singers of the folk songs and lore songs. It is not surprising to me that if the Voynich manuscript is Finnic (possibly Karelian) that it should be written by a woman. 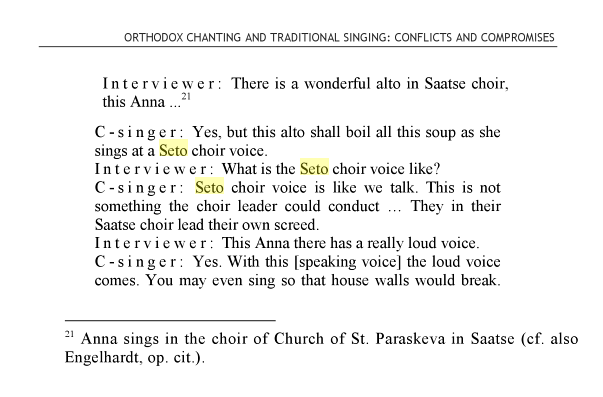 Rune Charms as opposed to Runes

In this post, we are talking solely about runes or rune charms as chant-songs. The Voynich manuscript handwriting has little to do with the written type of runes except for possibly its very strange "k" and the resemblance that some of its drawings bear to Icelandic magic staves. Karelian runic letters do exist, but they are not well studied at all. The rune song emerged some 2500-3000 years ago in the culture of the proto-Finnic groups living near the Gulf of Finland. Characteristic of this singing tradition is the use of four-footed trochaic verse, alliteration and parallelism (saying the same thing twice in successive verses but in different words). The melodies of rune songs consisted of one or two phrases, usually in 4/4 or 5/4 meter and with a melodic range of a perfect fifth. This singing style remained vital throughout Finland until the 16th century, after which it gradually disappeared, first in the south and west, and later elsewhere. https://www.erudit.org/fr/revues/is/2005-v25-n1-2-is0384/1013309ar.pdf

Other regions in northern Europe employed spells as the famous Merseburg charms evidence. Jacob Grimm in his Deutsche Mythologie, chapter 38, listed examples of what he saw as survivals of the Merseburg charm in popular traditions of his time: from Norway a prayer to Jesus for a horse's leg injury, and two spells from Sweden, one invoking Odin (for a horse suffering from a fit or equine distemper) and another invoking Frygg for a sheep's ailment. He also quoted one Dutch charm for fixing a horse's foot, and a Scottish one for the treatment of human sprains that was still practiced in his time in the 19th century.

A joik (also spelled yoik), luohti, vuolle, leu'dd, or juoiggus is a traditional Sami form of song that is also used in very spiritual contexts.


Through joik, noaiden (the shaman) could come into contact with the spiritual world. In the old Sami religion, it was thought that nature had a soul, and there were many gods and spiritual beings. ...Person joiks are still found to a large degree and are in living use. These are joiks which are made for a person or an animal. It is not the composer or the person who wrote the lyrics who owns the joik, but rather the one for whom the joik was made. It is not said that one joiks about someone, but that one joiks someone. A joik can therefore be connected to a person in the same way as a name is. More here.

The verb “to joik” is used in the transitive form—one does not joik about someone else; one simply joiks someone else (Sámi Instituttha 169). The joik is a unique form of cultural expression for the Sami people in Sápmi. Like the Sami people, it has been misunderstood, ridiculed, appropriated, and even threatened. According to music researchers, joik is one of the longest living music traditions in Europe, and is the folk music of the Sami people. Its sound is comparable to the traditional chanting of some Native American cultures. With the Christianization of the Sami, joiking was condemned as sinful. The traditional joik may be called the "mumbling" style, said to have resembled magic spells. Joiking’s function was both social and spiritual.  Joiks were used not only to communicate the quintessence of a person, place, or thing, to one’s audience, but were also used in the trance-inducing rituals of Saami shamans, or noadi. Lyrical joiks center around either nature (animals, plants, particular places or geographic formations) or people, the latter of which is especially common in North Sapmi.

This is Jan Ole Hermansen, winner of the Sami Grand Prix Yoik Competition.

Folk wisdom has to do with the rhythms of nature, propitiousness, fertility, purification, and communication with the past or invisible. The more I read about older cultures, the more I am impressed by how central the concept of timeliness was, so that for warriors, as for farmers and priests, there was a due season, and a key to success in any venture was action at the most propitious time, whether it was to make war or sow seed or give a sacrifice. So many traditional patterns in various older cultures speak of rhythms, cycles, a sort of tempo of existence that we can hardly imagine how to appreciate (for more on the seasona``l calendar, click here). Interpreted through various manifestations, both male and female, the divine was witnessed mostly in the phenomenon of sacred timing: that is, rhythm.

When we manipulate sound, we also affect the medium through which it passes. The ancients have used this fact to at least appear as if they were effecting change through magic.

The first historic use of written Finnish was 1450 and Mikael Agricola didn't translate the bible into Finnish until 1537. But that is history, and a lot never got into history. Certainly fact that the bible was translated into Finnish in 1537 would have made it into those annals. The fact that a group of women adopted a weird script in order to record their obviously non-Christian rituals would have been ignored. It is not part of the canon. A fantastic treatise on how our truths have been formed for us can be found in the works of Michel Foucault. Or you could ask any people whose traditions and language have been systematically oppressed, for example the Sami.

Posted by Claudette Cohen at 5:21 PM