The older folksongs, referred runic songs, are in the poetic metre regivärss the tradition shared by all Baltic-Finnic peoples.

"The runo song form probably dates from the last millennium BCE when the Balto-Finnic tribes had not separated, and spoke the same Balto-Finnic protolanguage" (Ruutel, 2001:343).

Baltic Finnic (e.g. Estonian, Finnish, Karelian) folk poetry uses a form of trochaic tetrameter that has been called the Kalevala meter or Regivärss, normally consisting of four trohheilisest värsijalast, so eight syllables where for each foot the first syllable is long and one short: . The Finnish and Estonian national epics, Kalevala and Kalevipoeg, are both written in this meter. The meter is thought to have originated during the Proto-Finnic period. Wiki

The metrical reading below is probably imperfect and may not be formally Kalevala meter, but there are a lot of trochees, which is not the meter of preference for, say, English verse, where iambic pentameter rules. 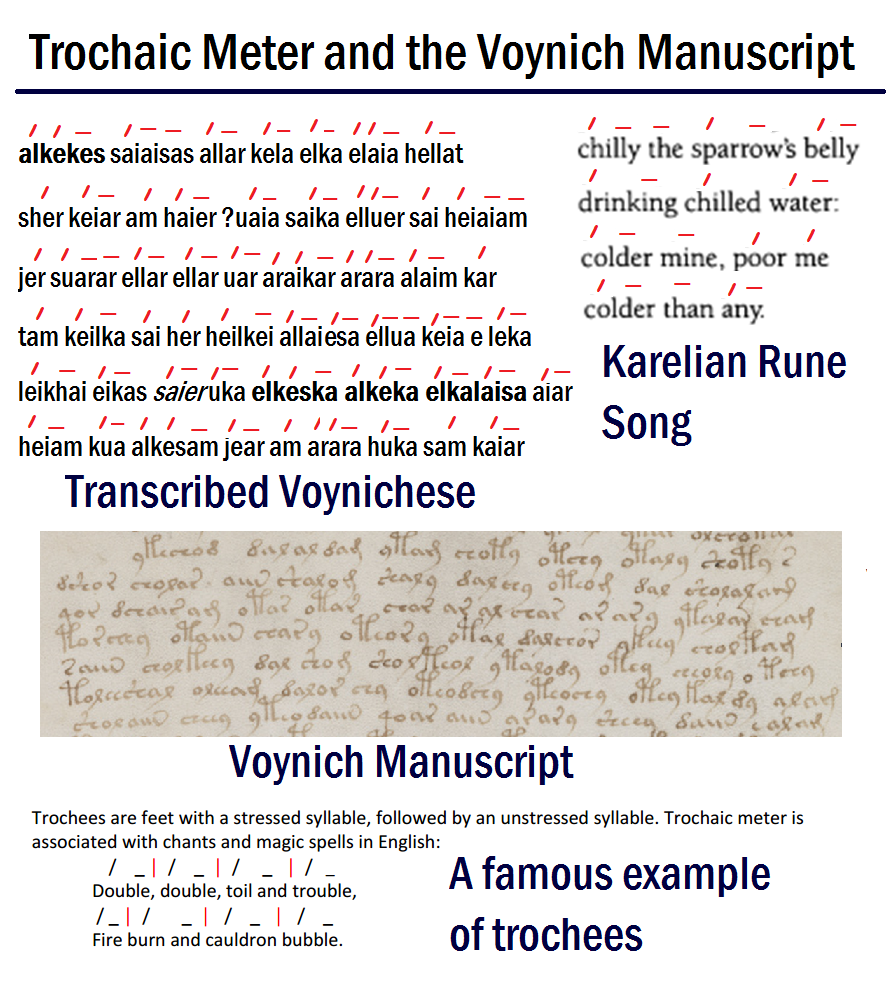 I've talked about rune songs in places like Estonia and Karelia, I've explored how they are made up of trochees, the proverbial witches' meter, and also spoken about how old they are. 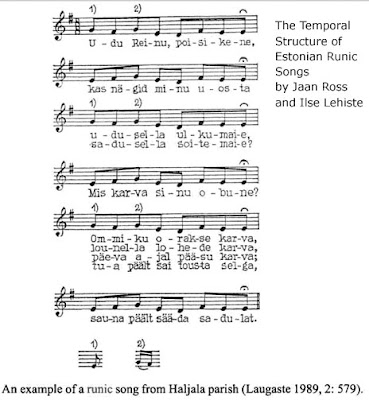 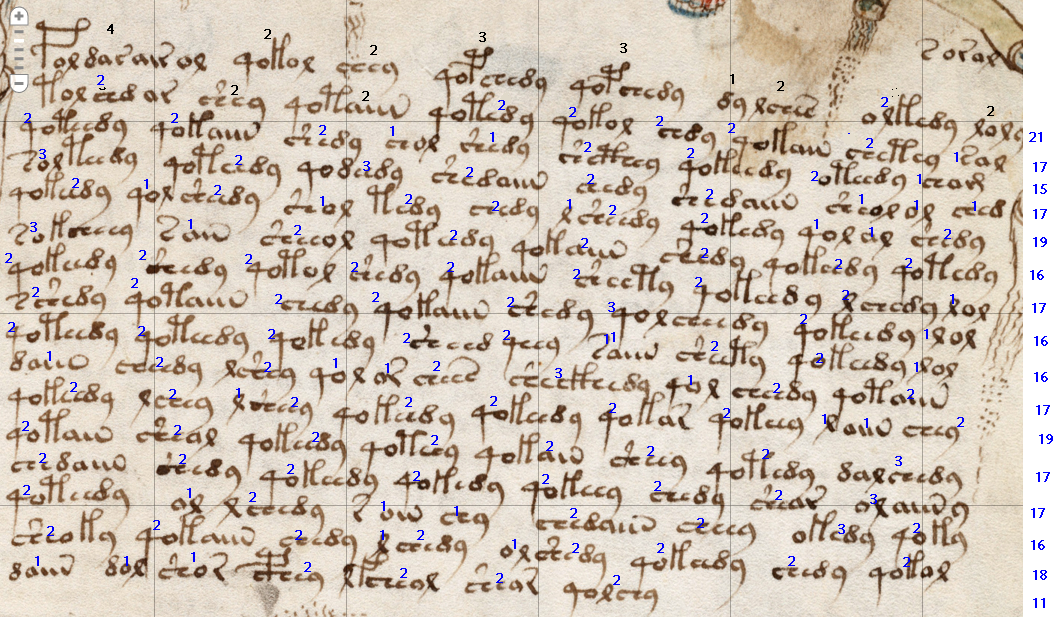 Posted by Claudette Cohen at 10:00 PM