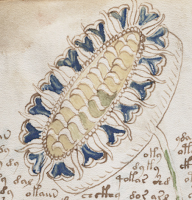 Quite a few flowers, like the cornflower below, are very easy to identify. Throughout the Germanic and Nordic countries, cornflowers have been rendered in ink and thread for centuries. 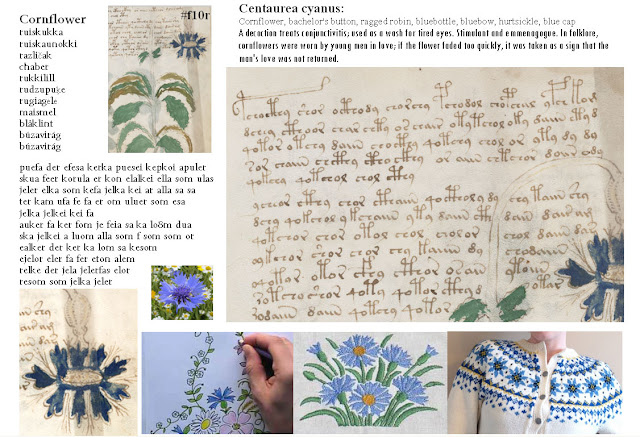 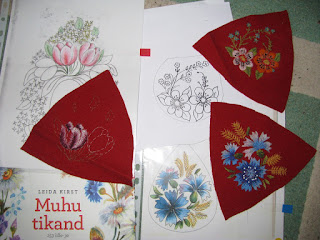 Nevertheless, it is next to impossible to rely solely on the plants to tell of an origin.
This is excerpted from a post by Annalee Newitz on blog io9.

As linguist Gordon Rugg put it to Grossman:

Part of the reason for this is that the drawings are so stylized. The artist(s) who created them appear to be 1) untrained, 2) not too comfortable with the medium of paint, 3) rendering the plant with a scant amount of scientific knowledge.

Can you paint plants like those in the Voynich Manuscript?

One of these is a Voynich plant; the others were painted by a) a former prime minister, b) a former president, and c) the lead singer of the Sex Pistols. Note that all three rely mostly and in some cases solely on overlap to convey three-dimensionality. The buttercup by Sid Vicious probably comes closest to reaching a similar goal to the Voynich renderings, which is to positively i.d. the specific plant as opposed to depicting general foliage. Vicious's buttercup is very buttercuppy--willowy stem; flat, waxy petals. He would have done the Voynich mss proud. The Voynich artist(s) viewed plants not the way an artist would nor the way a botanist would but the way an herbalist would--somebody gathering it for a use. Does it grow in clumps? Is the root a runner? What if it's not in bloom? What's its overall shape? Unlike Vicious's care with proportion, a Voynich plant's main identifying characteristics are highlighted without much regard to relative size. These paintings are supposed to be not necessarily realistic but a visual language to identify certain plants. 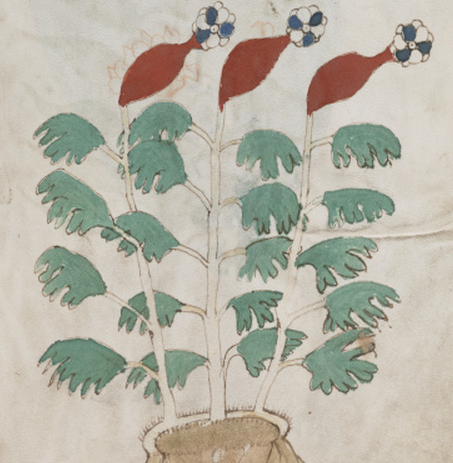 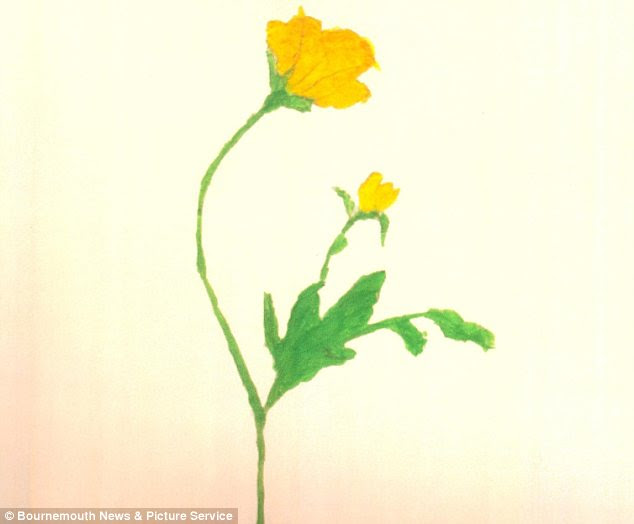 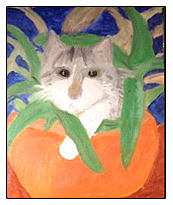 Here are paintings by professional artists, one contemporary to the Voynich and one to us*:

They rely on more than simple overlap to convey a sense of three-dimensionality. In contrast to the Voynich manuscript artists, these artists show a lifetime of detailed regard for aesthetics, practice, experience, and formal training in art.

The painters of the Voynich plants were relying on an extensive knowledge of folk art motifs in their region. This is why they look rather outlandish, stylized, and difficult to identify. The sample of embroidery is Estonian. 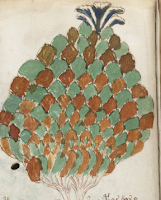 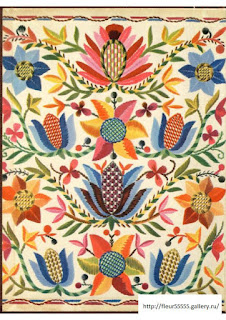 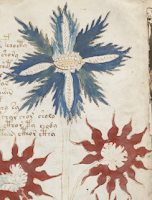 The later Swedish Dala painting seems to have borrowed from Baltic embroidery. Dala is an expression of picturesque joy. The fantasy is allowed to choose motives without restrictions as in poetry.

Given that it's notoriously difficult to pinpoint any identification of a plant based on the Voynich's renderings, what follows are what I would guess the author(s) meant to describe based on shape, texture, and color of leaf, stem, flower, and root.

Beets are members of the Goosefoot Family (Chenopodiaceae), so named because their leaves are triangular, resembling a goose's foot. As with most of the Voynich plant drawings, proportion is forfeited so that minute details of the flowers can be revealed. 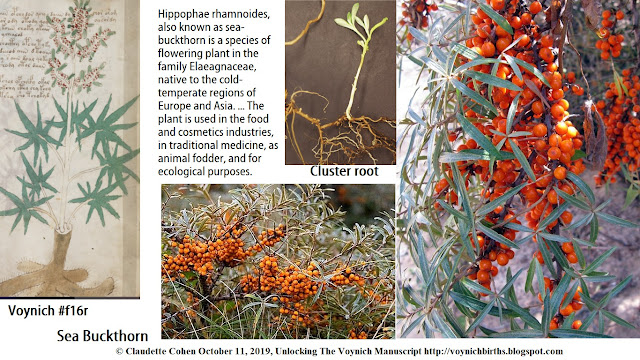 In the early days of medicine, two kinds of hellebore were recognized: black hellebore, which included various species of Helleborus, and white hellebore, now known as Veratrum album, which belongs to a different plant family, the Melanthiaceae. Although the latter plant is highly toxic, containing veratrine and the teratogens cyclopamine and jervine, it is believed to be the "hellebore" used by Hippocrates as a purgative.
"Black hellebore" was used by the ancients in paralysis, gout and other diseases, more particularly in insanity. "Black hellebore" is also toxic, causing tinnitus, vertigo, stupor, thirst, a feeling of suffocation, swelling of the tongue and throat, emesis (vomiting), catharsis, bradycardia (slowing of the heart rate), and finally, collapse and death from cardiac arrest. Although Helleborus niger (black hellebore) contains protoanemonin, or ranunculin, which has an acrid taste and can cause burning of the eyes, mouth, and throat, oral ulceration, gastroenteritis, and hematemesis, research in the 1970s showed that the roots of H. niger do not contain the cardiotoxic compounds helleborin, hellebrin, and helleborein that are responsible for the lethal reputation of "black hellebore". It seems that earlier studies may have used a commercial preparation containing a mixture of material from other species such as Helleborus viridis, green hellebore.

Several legends surround the hellebore; in witchcraft it is believed to have ties to summoning demons.

Helleborus niger is commonly called the Christmas rose, due to an old legend that it sprouted in the snow from the tears of a young girl who had no gift to give the Christ child in Bethlehem.

In Greek mythology, Melampus of Pylos used hellebore to save the daughters of the king of Argos from a madness, induced by Dionysus, that caused them to run naked through the city, crying, weeping, and screaming.

During the Siege of Kirrha in 585 BC, hellebore was reportedly used by the Greek besiegers to poison the city's water supply. The defenders were subsequently so weakened by diarrhea that they were unable to defend the city from assault.

An overdose of medication containing hellebore has been suggested as a possible cause of the death of Alexander the Great.

Carneades, when writing against the doctrines of Zeno of Citium, would consume white hellebore "so that none of the corrupt humours of his stomach might rise to the abode of his mind and weaken the power and vigour of his intellect."

This is andromeda polifolia suokukka showing pink bud clusters. Andromeda polifolia, common name bog rosemary, is a species of flowering plant native to northern parts of the Northern Hemisphere. It is the only member of the genus Andromeda, and is only found in bogs in cold peat-accumulating areas. In Samigiella it is known as Alášrássi.  Prevalent in Finland's Muddus National Park, bog rosemary contains grayanotoxin, which when ingested lowers blood pressure, and may cause respiratory problems, dizziness, vomiting, or diarrhoea. 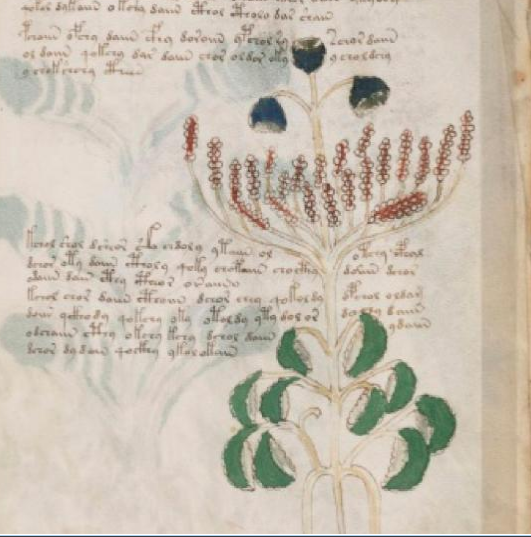 I challenged myself to find buckbean, because I knew the Sami have used it (Muoskkáš) in various ways, including making a bread (missen) out of it. So I looked for clusters of flowers shooting up from a long sole stem with a group of three leaves sort of cupping it, plus a generous, single root. Here is what I found. 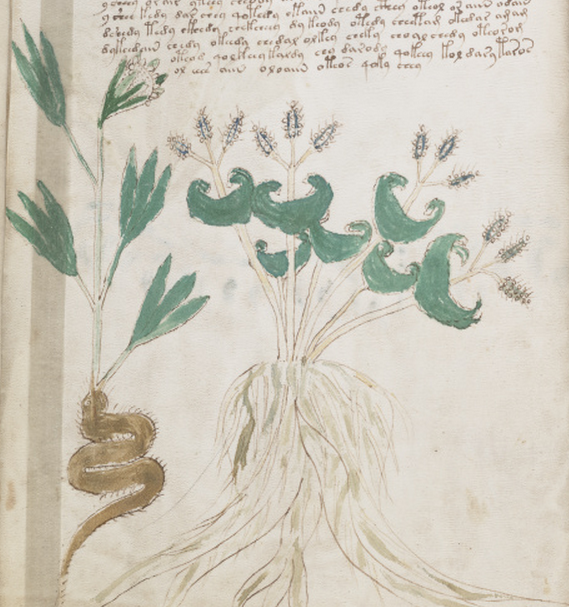 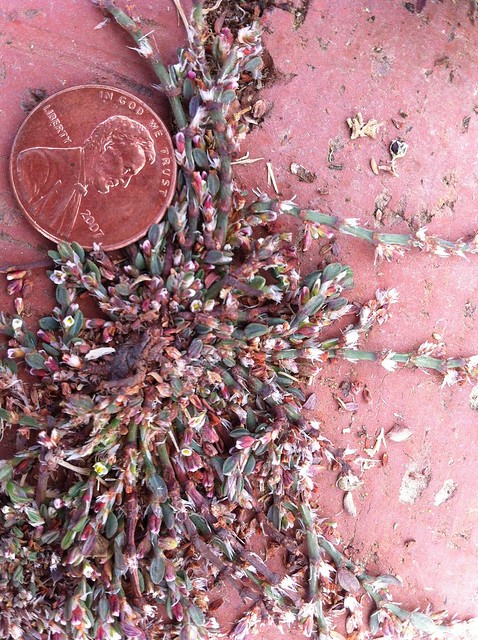 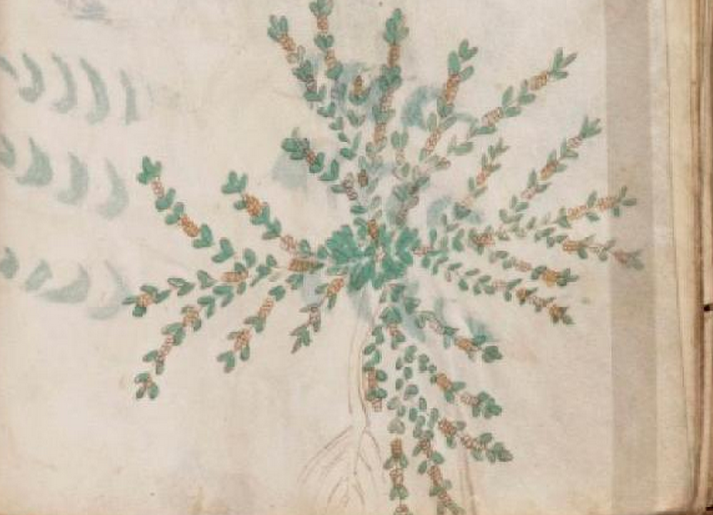 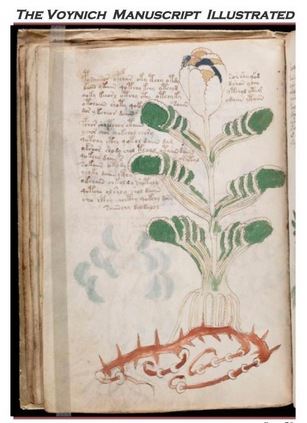 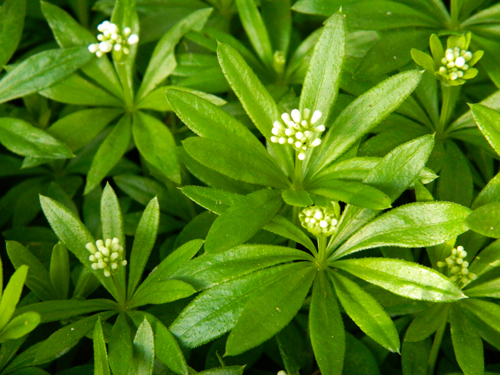 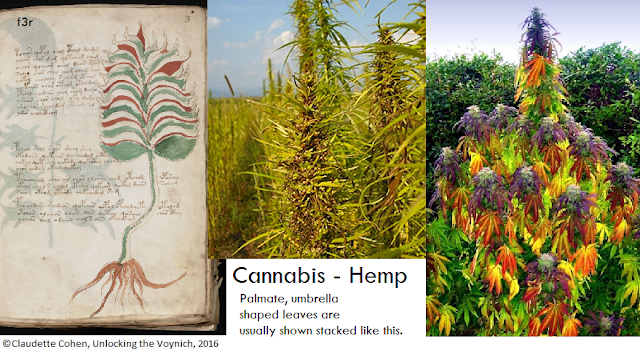 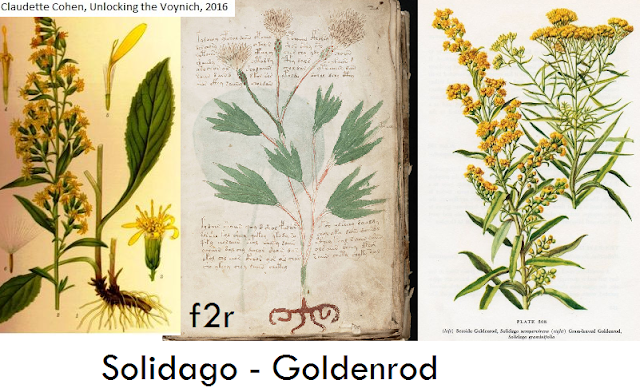 To be honest, I was hoping this would turn out to be Gentiana asclepias, Swallow-wort Gentian, which is found also in Europe (here in Bieszczady National Park, Poland). Certainly at least superficially, all three plants have a fairly similar appearance. But Echium is the one with protruding reddish stamens and striped, jagged, lanceolate leaves as depicted in the Voynich mss.

Even so, the fact that lists of names appear with plant pictures and star configurations would suggest some sort of system similar to Vedic astrology, where the most propitious name for a child is given after considering the calendar, the stars, and related plants. I have come to the conclusion that the Voynich has a far less elaborate system than Vedic astrology. It may in fact boil down to only name days and the rest is genealogical records.

These containers are not microscopes but containers for whatever herb helps with a certain malady. They probably differ slightly from each other to help those who cannot read discern which are what. Probably the malady or organ was written on the container, or something like vermifuge, not the plant's name.

*In your search for Leonardo among the leaves, if you come across a little monkey,

it means my brother did it. 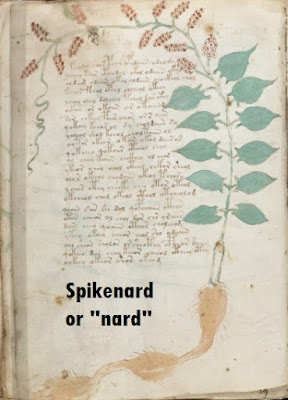 Meh, I still think it highly unlikely that the Voynich would come from anywhere south of Germany, and I think the little correlation below doesn't hold much weight at all, but I created it to try to smooth the feathers of those whose hearts are set on positing the origin in northern Italy.

On second thought, the word beside the plant, Susa, is probably just a coincidence.

The leaves, picked in June and July when they are in best condition and dried. They have also been used in the fresh state. Chestnut leaves have no odour, but an astringent taste.

In some places Chestnut leaves are used as a popular remedy in fever and ague, for their tonic and astringent properties.

Their reputation rests, however, upon their efficacy in paroxysmal and convulsive coughs, such as whooping-cough, and in other irritable and excitable conditions of the respiratory organs. The infusion of 1 OZ. of the dried leaves in a pint of boiling water is administered in tablespoonful to wineglassful doses, three or four times daily.


'if you dry the chestnut, both the barks being taken away, beat them into powder and make the powder up into an electuary with honey, it is a first-rate remedy for cough and spitting of blood. 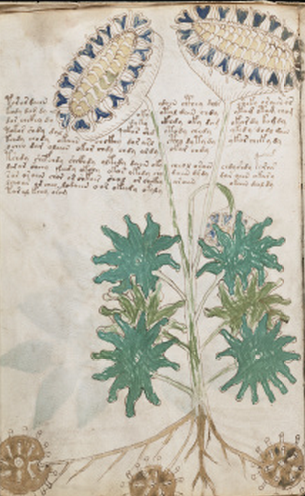 This is a Senecio or Cineraria. Whether it is a Sinosenecio euosmus Or bodinieri or even nanchuanicus or some other Senecio or Cineraria, I don't know. What I know, however, is that it is SENECIONINAE: Cineraria, Fleawort, Florist’s Cineraria, German Ivy, Golden Groundsel, groundsel, groundsels, ragwort, sea ragwort, squaw weed, tree daisies. I think with a composite like this it is a huge mistake to start off looking for the flower. You'll drive yourself mad. Rather, the leaf is extremely, extremely distinctive.

Nahuatl has nothing to do with the Voynich

The women depicted in the Voynich manuscript are blond and fair-skinned. Why would women with these traits be depicted by a man from Mexico in the 15th century? The star charts feature a woman's face in the center with rays emanating from her as if she were the sun. The Copernican revolution which posited the sun in the center did not occur until over a hundred years after the manuscript was written, and few images from any century show a woman as the sun. The cultures in which this is a tradition reside in north and central Europe, suggesting that the Voynich is of Slavic, Russian, or Karelian origin.

Posted by Claudette Cohen at 7:55 PM