The Rosette Map and Topography Let us first examine what the Voynich map does not have that others of its time very often did.

And yet it manages to be indeed a map and a highly decorative one at that, even beautiful. But why would the authors not include a single graphic that maps of this time usually have? Perhaps the authors were nothing like the men who usually made maps. Perhaps they were not men at all.

Lace is hugely varied in its patterns, but often it begins on a lattice (left), which creates a sort of skeleton for the whole. While the Voynich map's rosettes (middle) differ from the lace sample on the right, it is structured on a grid of circles with connectors, as if on a lattice for lace-making, contrasting greatly with a typical renaissance map such as the one below.

In fact, if you wanted to make the coolest pinball machine ever, you'd design it according to the Voynich Rosette Map and have the ball follow the waterways and mountains and caves and bump away from castles and such. It looks nothing like a conventional map of its time. Here are some more examples. 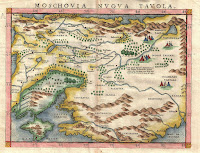 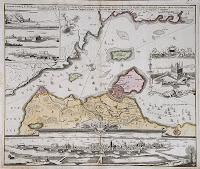 And here again is the Voynich between a framework for and then some finished Vologda lace.

And here of course is some Finno-Baltic embroidery. 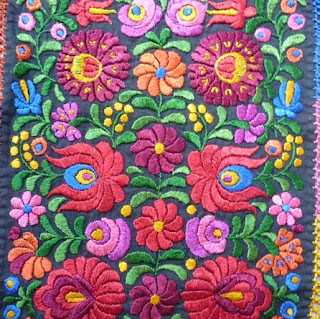 Associating the manuscript with women's craft opened me up to ridicule among researchers. However, I hold that its origins are still clear to those willing to see it. 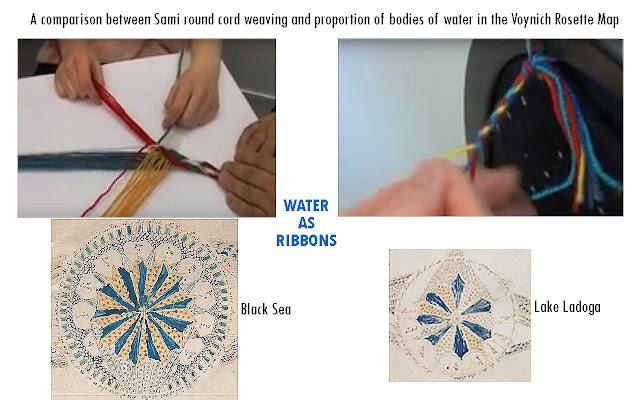 The artists of the map and writers of the manuscript drew upon the knowledge base they'd had on hand for centuries. Cord braiding, embroidery, lace making, chant-singing, timing by the seasons, oddly textured rocks in their region, wind and current patterns, and the outside walls of castles, towns, and monasteries but not necessarily the inside. These were the people on the margin who were supposedly not to have made a trace. They did, anyway. 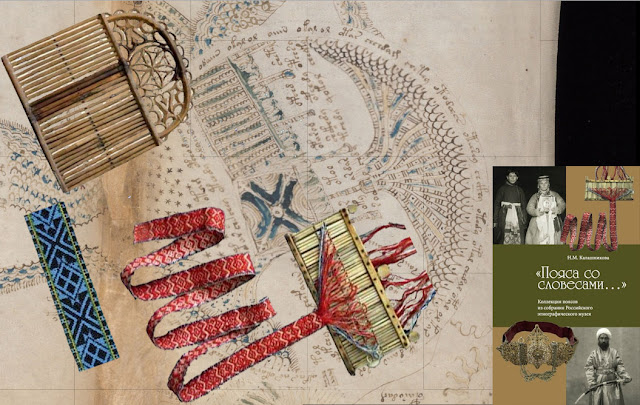 Wherever in Europe they were from, the authors of the Voynich Manuscript appear to be depicting the Marble Caves of Ruskeala north of Sortavala in the Republic of Karelia or some place very like it. There are, after all, lots of caves and underground passageways in this region.

If it IS about the Ruskeala caves in particular, and I have yet to come up with a closer match to the topography depicted, then the time period was quite obviously before the roofs collapsed during mining. Hence, the underground passageways depicted in the mss. The map does indeed show cliffs or canyon walls. 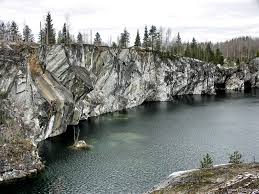 This is a map showing the distance between Sofporog and Sortavala: 713 km. Ruskeala is about midway between these two points. 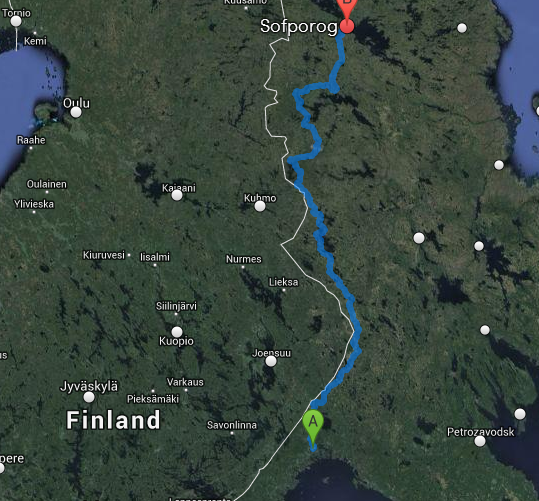 The reason this is significant is because of the artifacts discovered at Sofporog in 2001: 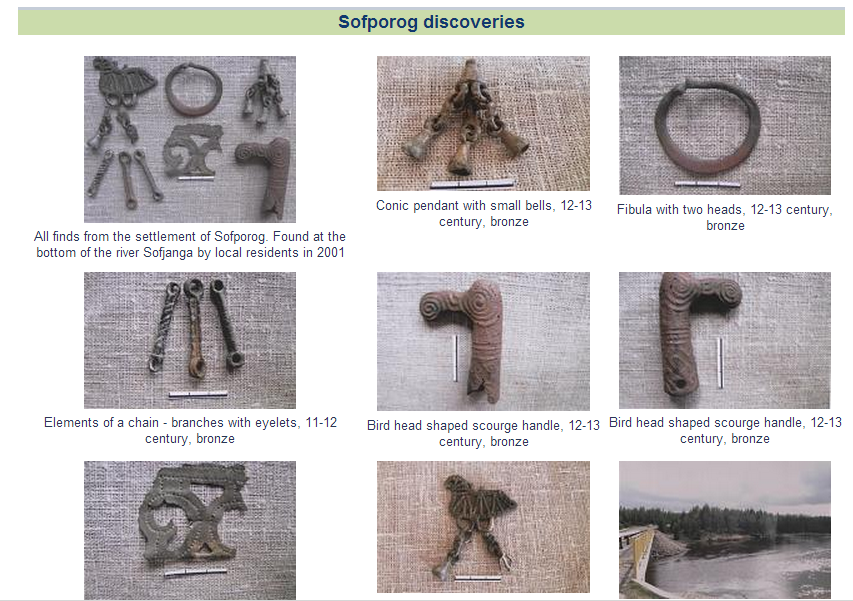 Some of the pothole clusters that can be found all over Finland: 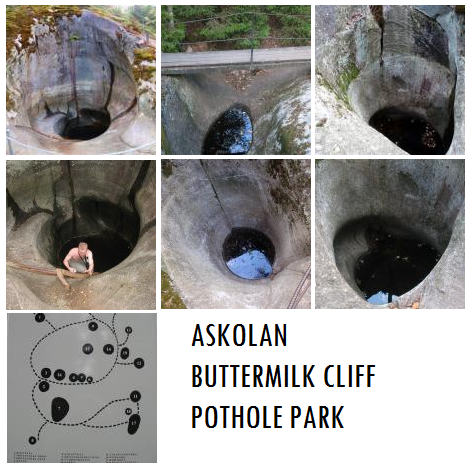 Tervalampi hosts archaeological news for this area. Could the route between Sortavala and Sofporog hold more treasures of this kind and perhaps dating during the time of the Voynich manuscript? Has anyone done a dig at Pirunkirkko or at Ruskeala (Rääkkylä, Itä-Suomi) or any archaeological dive? 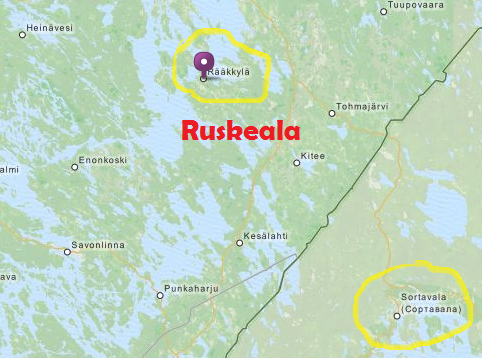 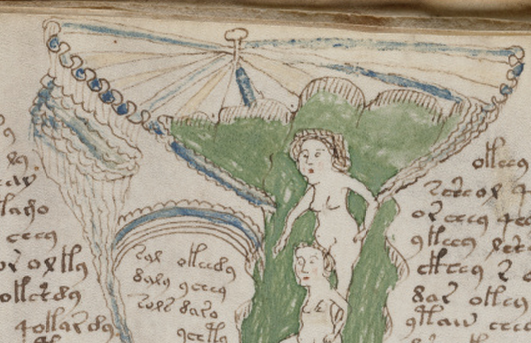 Ruskeala Cave seems a place from another world.

Below is a well made out of cyclopean stones at Ruskeala. How this well was made in solid stone remains a mystery.

Of course I don't think a bunch of naked Voynich women dug these wells. I do think, however, that they were figuring out that the various water systems could be connected--that water from, say, Ella's place could come up  in Saisa's back yard--and that this water was mineral-rich and in various ways healthful if merely for the fact that it made childbirth more convenient and sanitary, helping both the infant and the mother live through the ordeal.

The property on which the well is situated is owned by Julia of Ruskeala, who runs a resort of sorts. Here's Julia...I believe. To find her, go north from Sortavala. per the Voynich manuscript's map, and turn left at the MILK sign, which I don't think made it onto the map. She "indeed sells goat milk and also pork from 'happy organic pigs' that indeed spend their life enjoying the process and then get shot. The sign also invites to partake in cliff climbing and rafting, and advertises to the banya" (spa/bath/sauna). Go figure.

Posted by Claudette Cohen at 2:03 AM