A name day consists of celebrating a day of the year that is associated with one's given name. The celebration is similar to a birthday. The custom originated with the Christian calendar of saints: believers named after a saint would celebrate that saint's feast day, or in the Eastern Orthodox tradition, the day of a saint's death. Name days are more popular in the Catholic and Orthodox parts of Europe, as Protestant churches generally do not venerate saints. In many countries, however, there is no longer any explicit connection to Christianity.

With the advent of Christianity, name days tended to replace birthdays throughout northern Europe. For the most part, the women depicted below circling the Libra zodiac do not appear to be named after saints. Their names rarely have a correlation with those names (often of saints) listed for September/October in modern times. Nevertheless, many of the words beside them are names that exist to this day, especially in Finland, Estonia, Sweden, Norway, Latvia, and Lithuania. The words in red are names for females that have existed certainly for centuries, perhaps for millennia. This suggests that what we see in this picture is a group of women whose birthdays fall under the zodiac of Libra. 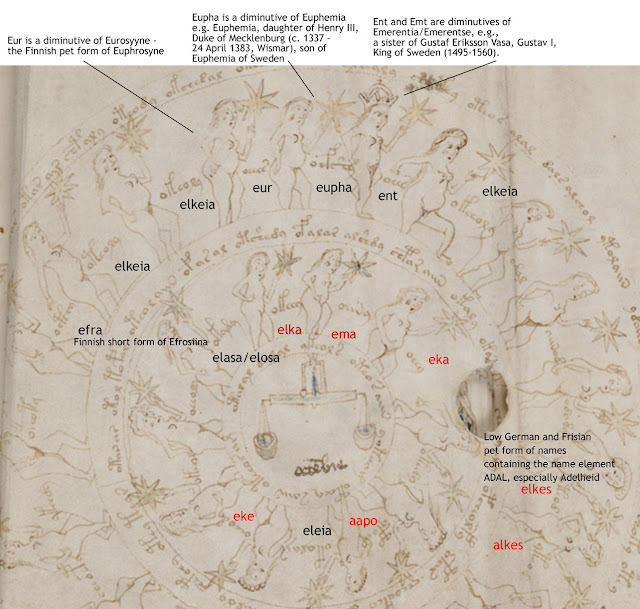 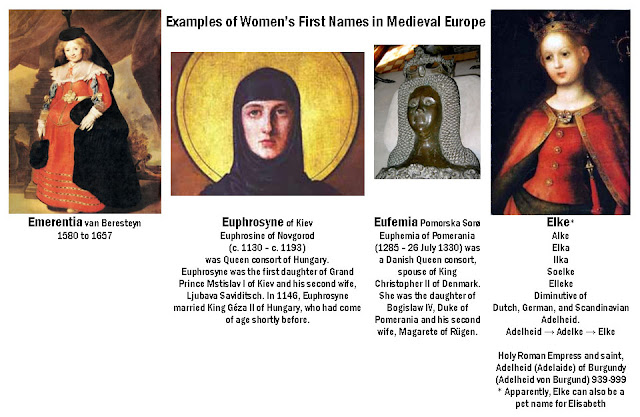 The name Elkeia occurs numerous times in this calendar. Elka exists today, as well as its lesser known Finnic form of Elke and Germanic form of Elkes.

Eisa also exists as 1) a Swedish pet form of Elisabet and its variants; and 2) German variant form of Aise.

Elkeia, however, appears to be obsolete. 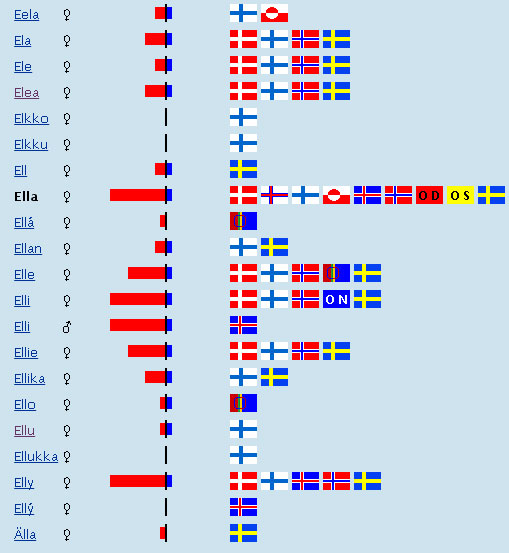 Languages found around the Baltic (Latvian, Livonian, etc.) and Finland tend to use the macron over the e to stress a long vowel.

The name of the month, however, appears to be a later addition from a different hand and in a more (familiar) modern language that differs markedly from Voynichese.

Posted by Claudette Cohen at 7:37 PM